India today entered the golden jubilee of the launch of its first rocket from the sylvan settings of the coastal hamlet of Thumba near here, marking the decisive step of the country's space odyssey which has witnessed landmarks like Chandrayaan and Mars mission. The sleepy palm-fringed village became part of modern India's quest to scale dizzying heights of scientific research when an American-built rocket Nike-Apache was fired on November 21, 1963.
The launch site in due course came to be known as Thumba Equatorial Rocket Launch Station (TERLS) and later became Vikram Sarabhai Space Centre (VSSC), a major centre of ISRO named after pioneer of Indian space programme Vikram Sarabhai.
It was Sarabhai who gathered a team of young scientists and engineers for the mission and sent them to the US for hands-on training in sounding rockets.His early recruits included former President APJ Abdul Kalam. According to scientists, Thumba was identified for locating the launch station as the magnetic equator passes through South Kerala making it an ideal spot for the launch.
The Union Government took the first step in its space programme in August 1961 by entrusting the Department of Atomic Energy with the task of conducting space research and peaceful uses of outer space.
In 1962, a national committee on space research was formed under the chairmanship of Sarabhai for carrying on the mission and the next year on November 21 the first sounding rocket, a US-built Nike Apache was launched from Thumba. The launch facility was prepared by shifting several fishermen families from Thumba to an adjacent coastal stretch with the then Catholic Bishop playing a vital role in persuading the villagers. A church in the locality has been retained as such and later converted into a space museum. 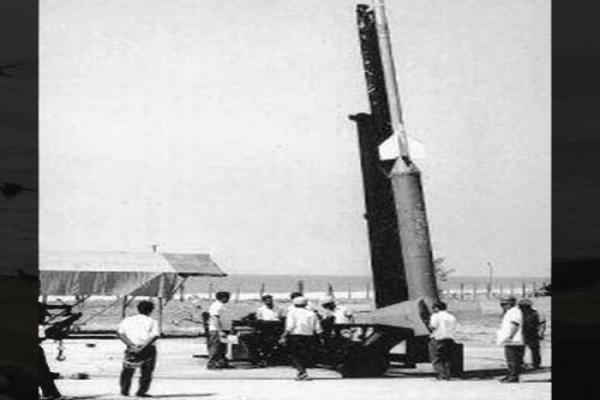