KOCHI: In perhaps the first of its kind initiative in the country, Kerala government has set apart over Rs 500 crore annually for providing world class ecosystem for the startups in the state.
"The Kerala government has earmarked one per cent of the state budget for young entrepreneurs. This comes to over Rs 500 crore annually and will be invested to provide a world class ecosystem for our startups, including angel funding", Chief Minister Oommen Chandy said today.
He said this at the inaugural address of the two-day 'The Indus Entrepreneurs' (TIE) Kerala chapter conference here. The government is committed to give the startups the best policies, the best tools and best in-class infrastructure, he said.
Pointing that momentum is clearly shifting to Kerala to be the startup capital of the country, Chandy said there are over 1,400 product startups in Startup Village alone, which is the highest in the country for any incubator.
Since the announcement of the government's Student Entpreneurship Policy last year, over 500 students have come forward to start technology startups, the highest in the country.
Drawing parallels between politicians and startup entrepreneurs, Chandy said there was much in common between the two. He said politicians are not afraid of failure and the most successful are the ones who conquer the fear of failure.
"We never had anyone quit a political career because we lost an election. Instead, we always came back and fight to win again", he said, advising the young startups never to be afraid of failure. Personal integrity and the self belief in truth are key values for any entrepreneur, he added.
P H Kurian, Principal Secretary, Industries and IT department, said the government had plans to distribute 10,000 'Raspberry Pi' (a credit card sized single board computer developed by Raspberry Pi foundation to promote teaching of basic computer science) to school students. 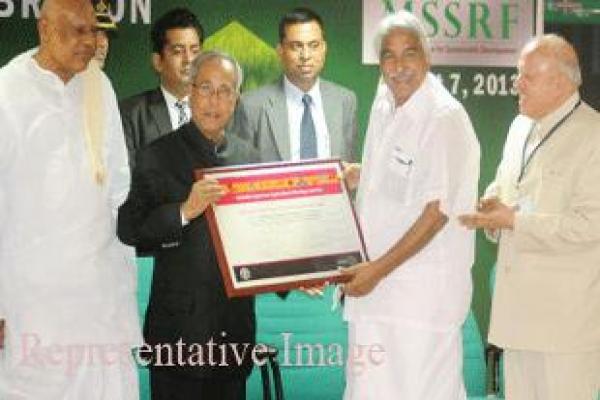