Washington, Dec. 13 (ANI): A group of scientists has discovered a second, 'hidden' language in human genetic code.
This second code contains information that changes how scientists read the instructions contained in DNA and interpret mutations to make sense of health and disease.
Since the genetic code was deciphered in the 1960s, scientists have assumed that it was used exclusively to write information about proteins. University of Washington scientists were stunned to discover that genomes use the genetic code to write two separate languages.
One describes how proteins are made, and the other instructs the cell on how genes are controlled. One language is written on top of the other, which is why the second language remained hidden for so long.
"For over 40 years we have assumed that DNA changes affecting the genetic code solely impact how proteins are made," Dr. John Stamatoyannopoulos , who led the team, said. "Now we know that this basic assumption about reading the human genome missed half of the picture. These new findings highlight that DNA is an incredibly powerful information storage device, which nature has fully exploited in unexpected ways."
The genetic code uses a 64-letter alphabet called codons. The UW team discovered that some codons, which they called duons, can have two meanings, one related to protein sequence, and one related to gene control.
These two meanings seem to have evolved in concert with each other. The gene control instructions appear to help stabilize certain beneficial features of proteins and how they are made.
The discovery of duons has major implications for how scientists and physicians interpret a patient's genome and will open new doors to the diagnosis and treatment of disease.
The study was published in journal Science. (ANI) 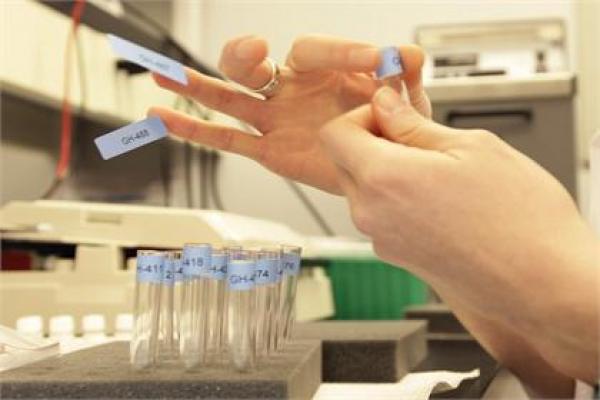