Bitcoin, a virtual currency which has been gaining popularity globally this year, is catching the attention of India’s youth.
Many college students and young professionals here are seeking to buy bitcoins because they see the currency as the future, and they hope to make big money off of it.
“It’s a good investment option compared to a [traditional] currency because it has a limited supply,” says Jinson Samuel, a 30-year-old website developer in Chennai, who recently started buying bitcoins.
Unlike a traditional currency such as the rupee, which has a physical presence in the form of a note or coin, Bitcoin is a virtual currency which exists only online. The currency is “created” when computers solve complex mathematical problems.
Or, people can buy bitcoins from others who already own them.
More and more Indians have been downloading the software needed to “mine” this currency, according to some data available through the end of September. But creating a bitcoin with an ordinary home computer can take weeks or months.
There isn’t any conclusive data on how many bitcoins are held by Indians. But enthusiasts say the numbers are growing.
The Reserve Bank of India, which prints rupees, says it is “closely watching” the growth of bitcoins but is not currently regulating the currency, according to a spokeswoman.
Bitcoins got a boost last month, when lawmakers in the U.S. called it a “legitimate” financial service.
Some countries such as the U.S., China and Japan now have electronic exchanges – like a stock exchange – where people can buy or sell bitcoins.
Only a small number of the electronic coins are created every day, and as more people want to buy this currency, its value has been surging.
The bitcoin was last changing hands at $927.17 on Japan-based Mt. Gox, one of the most active bitcoin exchanges, 6,800% higher than at the start of this year.
This large jump is attracting people in India, who also want to make a quick buck by buying bitcoins now and hoping to sell them at a higher price to someone else down the road.
Some experts have likened the bitcoin frenzy to the Tulip mania of the 17th century, when the price of a tulip bulb rose 20 times within months, only to collapse eventually.
For bitcoins, India doesn’t have any established exchanges, but some individuals are trying to set up websites to enable trading.
“People feel like this is a train that is leaving the station and they want to be on it,” says Mahendra ‘Mahin’ Gupta, 30-year-old software entrepreneur in the Western Indian city of Ahmedabad, who runs a website which publishes bitcoin prices in India.
According to the site late Monday, a customer would have to pay 62,341 rupees ($1,020) to buy one bitcoin, while someone selling their bitcoin to Mr. Gupta would get 58,348 rupees ($956.)
“I would think most of them are after speculative gains,” said Mr. Gupta.
Devansh Agarwal, a 22-year-old undergraduate student of engineering in a small town named Jamshedpur in eastern India, says he is trying to set up his own bitcoin exchange.
Mr. Agarwal bought his first bitcoins in July with prize money won in college quiz competitions. He says his 100,000-rupee ($1,640) investment in bitcoins is now worth one million rupees ($16,400) in the virtual world.
“When I first tried to buy bitcoin, I had trouble finding reputable sellers. So, I sensed an opportunity for an exchange,” says Mr. Agarwal.
He has teamed up with two friends to launch a website, which, he says, will eventually allow people to buy and sell bitcoins. Mr. Agarwal says he has built safeguards in to the site to reassure potential clients that their money will be safe.
Hundreds of users–many of who identified themselves as Indian college students –have registered on his website, Mr. Agarwal says.
“Many of them join thinking they will be able to trade bitcoins, and are disappointed when I tell them we are not live yet,” he says.
Some students say they want to own bitcoins but find them too expensive.
Vaibhav Deshmukh, a 22-year-old who is studying to become a chartered accountant in Mumbai, has been trying to create a new bitcoin since late October, but hasn’t been able to get even one whole coin.
There is also the question of how you spend this currency.
In the U.S., a handful of stores and online merchants have started accepting bitcoins as payment for goods and services.
Last week, a beauty salon in the north India town of Chandigarh said it would accept bitcoins as payment for its services. Nisha Singh, owner of CastleBloom Beauty Bar, says she wanted to give her customers another payment option and also attract publicity for being one of the first Indian stores to accept bitcoins.
Ms. Singh said she doesn’t own any bitcoins and no customers have come in to pay with the currency. 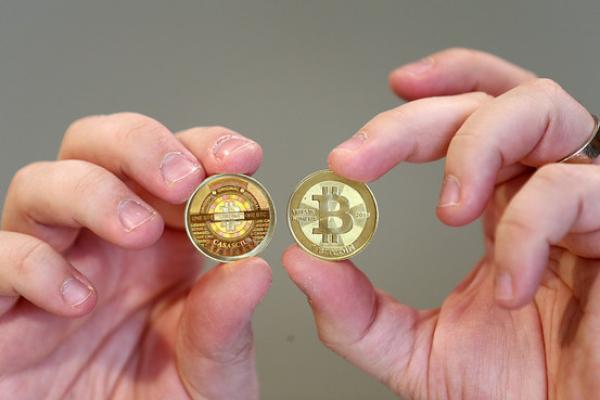