For the first time, Facebook has decided to give these buttons a makeover. The social network says that it's already seeing a 'favourable increase in Likes and Shares with the new design' and that it would be rolling these buttons out to everyone in the next few weeks.
The new buttons sport a brighter shade of blue with white 'Like' text in a new font and a Facebook 'F' logo instead of the thumbs-up symbol.
Facebook will automatically upgrade the new design of the buttons part of the roll out for websites currently using the old ones. The new design allows websites to use the Like and Share button together in convenient ways.
For media publications, the Like button lets readers post links to Facebook with one click, while the Share button enables them to add a personalised message and customise target audience (share with a particular group of friends through lists or as a personal message) before links are posted.
According to Facebook, the Like and Share buttons are viewed over 22 billion times daily across more than 7.5 million websites.
As per a report by The Verge that quotes Facebook product manager Ling Bao, the redesign took six months as the company had to make sure the button is displayed properly by all browsers.
"'They're just buttons, why did it take so long?' you ask, but getting a design that works across all these websites at different scales and in different browsers is quite a herculean task," he told the website. 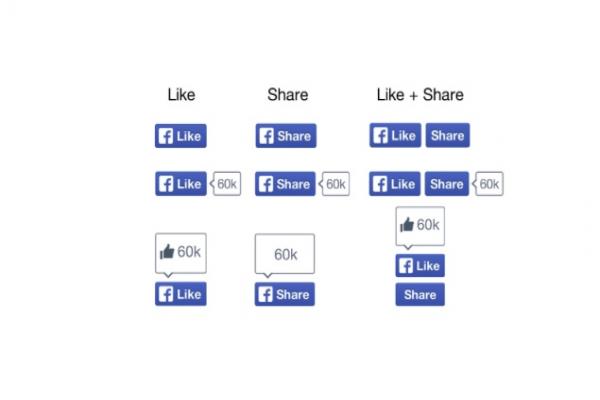